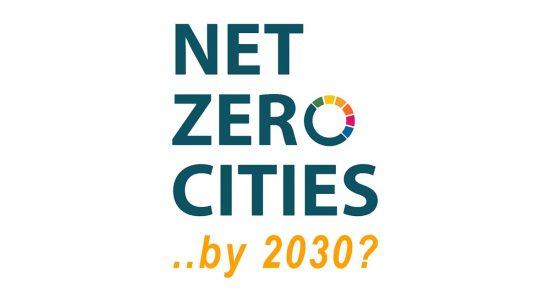 In the coming days European Commission will select the 100 European cities in the 2030 climate-neutral and smart city EU mission.

Change is coming but it will require different!

In the coming days European Commission will announce the 100 European cities that will participate in the 2030 climate-neutral and smart city EU mission.

We are big supporters of this initiative
– But will this be an easy task?

The 100 selected cities for the smart cities EU mission will sign a climate contract that aims at transforming these cities into zero emission zones by 2030, and act as an example for how the rest of the world could become climate-neutral and successfully reach the Paris agreement of net-zero-emissions by 2050. But if urban transportation is to go from a few percent to 100% electric, it will require major investments in vehicles, charging infrastructure, power generation and the electric grid itself.

The challenge of transforming urban mobility in metropolitan cities

The current production of electricity in Europe is only sufficient for parts of the electricity need of the future, as the use of electricity is going to increase not only the automotive industry but in society in general.(And for electric cars we need to consider the battery manufacturing as well.)

Vehicle manufacturers have been concentrating on producing high-priced EVs (for obvious reasons), which comes at a premium of at least 50% higher costs compared to conventional vehicles. Simply transferring this cost to the customer will not help making the transition happen any faster.

If we are to meet the growing number of products and people moving in cities and at the same time reach climate goals, by replacing every single fossil fuel vehicle with traditional electric ones, we will be up for a challenge like no other. Especially looking at the 7 years’ time frame until the 100 cities have agreed to be done – despise both potential energy and supply chain shortages.

Even if we managed to replace all of the fossil vehicles with electric cars, these cars still consume ~ 20 kWh/100 km.

Just to put things in perspective. If Germany with a passenger car fleet of approximately 48 million and an annual mileage of 11400 km would go all electric, it would require about 109 TWh. This is equivalent to the output of 24 nuclear reactors. If all on road vehicles including trucks and vans would go electric this number could potentially tenfold, unless we do something different.

How do we approach the challenges of the Climate-Neutral and Smart Cities mission?

The best way forward is to minimize the energy consumption, by using “low speed” light weight vehicles, designed around the life in cities.
We urge the climate-neutral and smart city applicants to act to quickly scale-up of the implementation and adoption of small, efficient, and affordable electric vehicles.

With a fit for purpose mobility solution like our solar van Re:volt, we can achieve a 5x lower energy and resource consumption, compared to other electric vehicles. That’s different!

362 European cities have expressed their interest and been found eligible for the mission – but which one of them will be addressing the challenge differently?